Gdansk with the Stars

When I started to plan this trip to Poland I read travel blog after travel blog about the best things to see and do. Knowing myself and how I like to travel, the two non-negotiables on my list of things to experience were culture and nature.

I made up my mind that I would first go north to the city of Gdansk in order to experience what one blogger called “the most charming and romantic city in Poland.” However, as my trip drew nearer I realized that I had booked my flight to arrive over the Easter weekend and that the “charming and romantic” inhabitants of this city were going to be eating eggs and borscht and kielbasa with their families, as I strolled the empty streets and peered into windows of shops whose signs read, “zamkinęty” or “closed.” But I wanted a taste of the city nonetheless, so I started to email anyone that I knew who was Polish to see if they had family who would take me in and celebrate a traditional Polish Easter with me.

Two days before I was scheduled to fly I thought that I would send out a few messages via couchsurfing.com and see if I got any replies. I sent out 8 requests and got 7 “declines.” But there was one family who agreed to host me.

At first I only had communication with the father, Mariuscz. According to their profile, they were a family of four–a husband, wife and two daughters. As soon as I accepted the invitation, however, I started to think…I hope this is legitimate. As I boarded the train to Gdansk my thoughts were, this could be great…or this could be a nightmare. Crossing my fingers for my good karma to bring me into the home of a nice Polish family, I got off the train and was greeted with a big hug from Mariuscz and Matilda, their eldest daughter. As we drove back to their house I breathed a sigh of relief as 15-year old, Mathilda, told me that I was their very first couch surfer and that they were so excited to take me in and share their home, culture, holiday and city with me.

When I arrived I met the mother, Patricia, and youngest daughter, Melanie. I settled in and we sat around the table drinking tea and getting to know each other. We shared tales of travels and hiking expeditions. They love to travel and see the world and they have instilled this value into their beautiful, well-rounded and mature daughters.

As we talked I learned that Patricia and Mariuscz met walking on a pilgrimage to the relic of the Black Faced Madonna–a 500km trek by foot from their hometown Gdansk. When they met, Patricia gave Mariuscz the travel bug and they have made seeing their country and the world a top priority for their family. They also told me about a piece of graffiti he did many years ago on the top of the tallest building in Gdansk, that reads “kocham moja Pa” meaning “I love my Pat,”which had become very famous in the city. It’s a symbol of their incredible love, which knows no boundaries, and it’s for all the world to see. 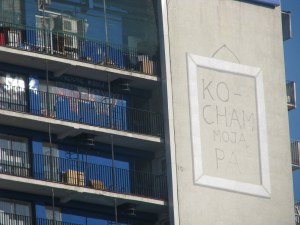 This morning when I woke up, Easter breakfast was on the table. We had an egg fight and then ate lemon salmon, stuffed eggs, potato salad and desserts until our stomachs couldn’t handle anymore. After breakfast the girls searched for their Easter eggs and then we got ready to go to church.

Because we knew we had another Easter meal at 2pm, we decided to walk so that we could burn off some of our breakfast. We bundled up and set off in the direction of their church. We had walked less than 300 meters when I stopped dead in my tracks. Low to the ground on a metal highway divider was a trail marker for El Camino de Santiago. To my disbelief, the trail that I had walked 800 km on to Santiago de Compostella in Spain 2 years ago was right outside their front door!

The spirit of pilgrimage came up once the last night, when Mariuscz and Patricia recounted their love story to me. In the back of my head I thought of my own pilgrimage to Santiago de Compostella, but then quickly brushed it to the side in order to let myself fall in love with their love. This morning, when I saw the marker, however, I was truly astonished. It was like El Camino was calling out to me to remind me that I am always on the way. I felt the magic of the trail once again and my heart swelled. The trail showed itself two more times throughout the day, and I laughed thinking that there was no coincidence. I was meant to be here and meet these amazing people.

After mass we drove to Mariuscz’s mother’s house for MORE food. Seriously, these people have opened their doors and kitchens and hearts to me in a way that is so generous and kind and fattening. I’m going to need to buy some new jeans. I thought I couldn’t be more grateful for their hospitality and sharing of their family’s holiday, but then they offered to drive me into Gdansk and give me a guided tour of their city.

Gdansk is a stunningly beautiful and an amazingly strong city. It was burned to the ground in 1944 by the Russians, who were fighting over the city with the Germans. The devastation was massive and you can still see scars of the war everywhere. However, the rebirth is something like a phoenix from the ashes. It was a reminder to me of the resilience of humanity. Life is not always going to be easy, but sometimes we are meant to be burned to the ground so that we can wear our scars like badges of honor and flourish in the wake of catastrophe.

We arrived back at home many hours later, exhausted from our epic day out. Mariuscz, Mathilda and I squeezed in a workout, and kick boxed against each other in the living room. The end to my perfect day was 10+ punches to the face…and I mean that in all seriousness. This family gets me. 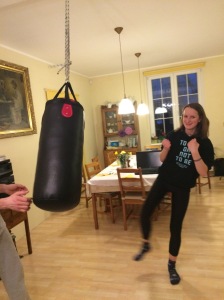 The gratitude is flowing as always.

Happy Easter to all!

I caught the travel bug when I was 15 years old on my first international jaunt to Geneva, Switzerland. The experience was so exhilarating and magical that I vowed to myself I would make it my priority to appreciate the far flung corners of this beautiful earth as much as I possibly could. Since that trip I have managed to touch my feet on the soil of 16 different countries and 4 continents, and have called two of these countries my ” home away from home.” 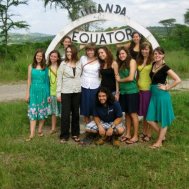 When I chose to study International Relations in college it all boiled down to that feeling I felt the first I traveled–the exhilaration, curiosity, confusion, magic. Those who study the workings of the world can attest that the reason is due to a genuine desire to call it our home. We want to make it accessible. We want to break down the barriers of language, culture and geography. We want to impact the world and leave our marks on it. 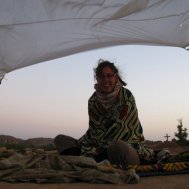 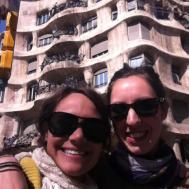 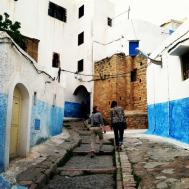 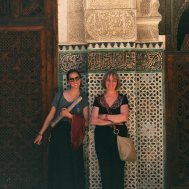 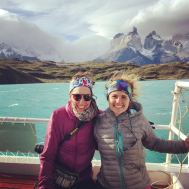 And so when I would get the question, what do you want to do with your studies? my answer my answer was pretty generic. “I would like to find a job that would allow for me to travel.” (Unless I was talking to my dad..then, of course, it was because I wanted to be some high profile diplomat, yielding immunity to traffic tickets and paying off my student debt…)

Today, as I booked my first international work trip to Poland, I thought to myself, “ya done good, kid!” Not only am I doing a job that is fulfilling my need to learn and grow, but I get to travel too! 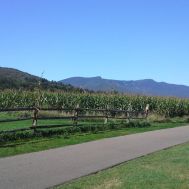 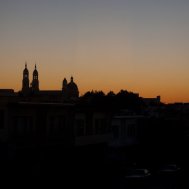 “May your trails be crooked and dangerous, leading to the most amazing view. May your mountains rise into and above the clouds.” Edward Abbey